As the Founder and CEO of Pursuit of Happiness, Mark is dedicated to the advancement of scientific knowledge about happiness and depression prevention. Through his leadership since 2006, POH has expanded its reach to schools and individuals all over the world from across the United States to Beijing, China. As an Associate Professor of World Religions at UB with over 30 years of experience studying, teaching, and writing about East Asian philosophy, he teaches several courses on philosophy and world religions, as well as his favorite course called “Perspectives on Happiness.” In fact, he recently received an award for his work comparing philosophical and psychological perspectives on subjective well-being (SWB). He earned his B.A. and M.A. at Sungkyunkwan University, the only Confucian university in Asia. He has taught at the State University of New York at Stonybrook, the University of California at Berkeley, and Oxford University, where he earned his doctorate.

Probiotics, Psychobiotics and the Pursuit of Happiness 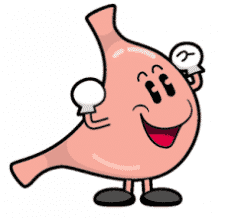 What are Probiotics? Technical definition Probiotics are live bacteria that maintain wellbeing by affecting the microbiome (the human microbiome is the collection of trillions of microbes…