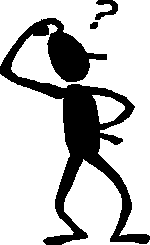 Q: Why bother to study happiness at all?

Because in fact we all desire happiness!  Long ago Aristotle argued that while we always desire happiness as an end itself, we desire other things as a means towards obtaining happiness.  This makes happiness the “chief end” or ultimate purpose of human life.

Q: When did happiness become an object of scientific investigation?

Only very recently.  Most the 20th Century psychologists adhered to a “disease model” of the mind, and they focused on what makes human beings unhealthy (e.g., studies on schizophrenia, obsession, neurosis, etc).  True enough, there were a few people calling for a change: Abraham Maslow’s “self-actualization” and Carl Rogers’ “full functioning” were concepts that turned attention to qualities of optimal experience, what human beings can become if they reached their full potential.   But it is safe to say that this “humanistic psychology” was a voice calling from the fringe of the field, and also had little empirical data to support it.  This has all changed in the past thirty years, largely due to the tireless efforts of psychologists like Martin Seligman, Mihalyi Csikszentmihalyi, and Ed Diener.   The crescendo of this new movement was reached in 1998 when Seligman delivered his presidential address to the American Psychological Association.  Seligman called for his colleagues to free themselves from their problem-based focus and “go back to the roots” of psychology, which is not primarily about curing human illness, but identifying and realizing what makes for an excellent human life.

Q: What were some of the exciting discoveries of this early research?

Seligman’s own research had convinced him that just as helplessness was a learned concept, so was happiness.  In other words, people can change their happiness if they learn to develop their strengths and virtues and apply them in novel ways to their lives.   In contrast to the prevailing view that selfish pleasure makes one happy, he found that people are happiest when they are performing acts of kindness, or when they are engaged in mindful challenges (what he calls “gratifications”).   Csikszentmihalyi confirmed this latter research in his studies on “Flow:” he found that when peoples’ energies are engaged on a challenging task, they tend to be more upbeat.  Not only that, but Flow has been shown to have other desirable consequences such as success in career, high self-esteem, and greater health.

Q: Did this research uncover any surprising facts about happiness?

Yes.  Ed Diener, aka “Dr. Happy” found that in America, 1/3 of people respond they are “very happy” and only 1 in 10 claim they are “not too happy.”  The majority rate themselves as “pretty happy.”   These results were replicated in other countries, showing that there is a positive level of “subjective well-being” throughout the world (with the possible exception of very poor countries).  Further, he found that even the majority of disadvantaged individuals, such as people with disabilities and even quadriplegics reported greater than average levels of happiness.  These findings are somewhat surprising given philosophers and poets’ typical depiction of the misery of human existence.   But Diener hypothesizes that there is a genetic basis for “positive affect” in human beings: basically we are programmed to be happy and even horrific events like being paralyzed often upset happiness only temporarily.  Due to the principle of hedonic adaptation, we are able to quickly revert back to our “set level” of happiness.

This result is coupled with another interesting discovery: that the social environment or external factors have relatively little to do with happiness.  In a now famous study, psychologists David Lykken and Auke Tellegen analyzed thousands of middle-aged twins and found that their environmental circumstances (e.g., socioeconomic condition, religion) could account for no more than about 3% of the variance in their levels of happiness.   More than 50% of the variance, however, was associated with genetic variation.  Based on the retest of smaller samples of twins after intervals of 4.5 and 10 years, the authors estimated that the heritability of the stable component of happiness approaches up to 80%! They concluded that “trying to be happier is as futile as trying to be taller.” (1996, p.189)  While Lykken has recently “recanted” (his words) on the idea that happiness cannot be changed, this research has been instrumental in formulating the concept of a “set point” or basic genetic level of happiness.

Q: What about the relation of wealth to happiness: can money buy you happiness?

No.  Most blue-collar working people are as happy as rich people, and teenagers from working class families describe themselves as happier than teenagers from affluent families.  Surveys in many countries conducted over decades indicate that, on average, reported global judgments of life satisfaction or happiness have not changed much over the last four decades, in spite of large increases in real income per capita. This remains true even though trillions of dollars has been spent in the last few decades on drugs designed to combat depression and stress (in 2007 alone $287 billion was spent on prescription drugs).  It is safe to say that the research has confirmed the old saw that “money does not buy happiness.”  Indeed, it has even been found that people who win the lottery, while they enjoy a temporary boost, ultimately revert back to their set level of happiness after a short period of time.   Evidently, if one wants to improve one’s happiness, it will not be found in making more money, buying a bigger house, winning the lottery, improving your looks or even changing location (it has been found that people who relocate do not find happiness either).

Q:  Well if these things can’t improve happiness, what can?

As philosophers have warned us time and time again going back to Socrates and Confucius, if happiness is to be found it must come from within.  Indeed, there are many studies that have confirmed that happiness levels can be increased through voluntary activities engaged in over long periods of time.   One of the most significant activities that has an effect on long-term happiness is acts of kindness: people who become habituated into helping others with no thought of reward show marked gains in happiness over time.  Once again we see some confirmation of ancient wisdom, in this case that old beatitude “Happy are those who hunger and thirst with righteousness, for they will be satisfied.” (Matthew 5:7)  Another interesting area of research is that on gratitude: grateful people have been shown to have greater levels of positive affect, a greater sense of belonging, and lower levels of depression and stress.  One particular study was especially interesting: Seligman and colleagues asked visitors to their website to write a letter to a person that they felt they had never properly thanked for a past kindness. These people were then asked to deliver this letter in person to their benefactor.  It turned out that these people experienced a substantial increase in happiness compared to people who only wrote about their early memories.   Philosophers have often referred to this as “the paradox of happiness:” if you want to be happy, don’t think of your own happiness, think of the happiness of others.

Q: What are some of the difficulties facing researchers on happiness?

One of the major difficulties facing researchers concerns the very subject-matter of Positive Psychology: how do we assume a non-controversial definition of what happiness is, and then how can we go about objectively measuring such an elusive notion?  On the first point, the concept of happiness has a culturally and philosophically diverse history, meaning that there is unlikely to be a single definition that applies to all people at all times.  If this is so, the very idea of being able to research happiness from a scientific point of view seems very suspect, since it seems to be very different from, say, determining one’s level of cholesterol.   For this reason, many psychologists prefer to use the term “subjective well-being” rather than happiness, referring not to an objective state of happiness (if any such exists), but rather to how people feel about their own happiness.  This can be “measured” simply by asking them: are you happy?  How would you rate your happiness on a scale of 1-10?  Are you satisfied with your life as a whole?  Various answers can be given, and controlled experiments can be devised to see what activities can raise or lower these responses.   Other psychologists, however, are skeptical about this methodology due to the very subjective nature of the results: is it really true that people are happy simply because they say or think they are?   It may be, for example, that people tend to report higher levels of happiness simply because they don’t want to admit to being unhappy, or because they believe they are giving the researchers the “right” kind of answer.

Q: If “subjective well-being” isn’t a good indicator of happiness, is there some other notion that fares better?

Various proposals have been made, typically falling under the banner of what is called “psychological well-being.”  This notion harkens back to Aristotle’s definition of happiness (eudaimonia) as “an exercise of virtue” and calls attention to those qualities that appear to make for an “excellent life:” self-actualization, autonomy, creativity, purpose in life etc.  The advantage here is that we do not have to rely on peoples’ self-reports: we can simply witness their activities and see how they respond under various conditions to measure how much of a certain quality they possess.  The problem however is determining an unbiased set of “objective conditions” of happiness.  Furthermore, there is still the issue that many creative types may score very high on such tests yet seem to be miserable, as in the cases of artists like Vincent Van Gogh.   Maybe happiness is a mansion with many rooms: if so, there may not be one single notion that accounts for all its facets.   On this website we have chosen to focus on seven different components of happiness, each of which has subjective and objective aspects.   For example, it has been demonstrated that there is a link between Flow and positive affect, and that people will report themselves “happier” when engaged in a challenging task rather than watching television.  But Flow also indicates a high level of self-actualization (fulfilling one’s potential or purpose), thus also having implications for psychological well-being.  No doubt there is a feedback loop here: engaging in a self-actualizing task increases one’s positive affect, which in turn motivates one to engage in even more challenging tasks.  If so, the model and measure of happiness may well be more dynamic than has been indicated yet by research in the field.   It has to be remembered that Positive Psychology is still in its infancy, and that while the research is suggestive, much remains to be done to sort out what we can actually conclude about happiness from all of the data.