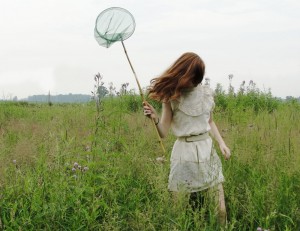 Measuring happiness is at least as difficult as catching rare and elusive butterflies. What kind of net should we use? Do different kinds of happiness exist? Is the feeling I have after eating a piece of chocolate the same sort of feeling I have after getting a bonus at work? How about laughing with friends during a night on the town? Or is genuine happiness about peace of mind?

The following is a list of the most widely used and respected questionnaires measuring happiness. As you can see, we can discover some major differences in how they approach the issue, which reflect different definitions and perceptions of happiness.

And this is Todd Kashdan’s thoughtful critique of the above scales:

We should mention a recent measurement of Subjective Well Being created by the OECD, as part of their very sophisticated and broad ranging survey, the Better Life Initiative. This initiative is fascinating and includes some eye-popping graphics. To see their detailed report on SWB and the questions they used to measure it, please refer to the OECD Guidelines on Measuring Subjective Well-being.

The strong point of both the Panas Scale and the OECD Subjective Well Being scale is that they measure both positive and negative affect, which, as one might expect, have a clear inverse correlation.

Measuring Happiness & The Science of Happiness

At Pursuit-of-Happiness.org, we try to collect and analyze the most scientific studies on happiness and subjective well-being (SWB). The question is, how does one evaluate what the most “scientific” studies are? Naturally, randomized and controlled studies are more reliable. These kinds of studies often require an enormous amount of effort and funding, and many studies that claim to do this are flawed in various ways.

The Happiest Country in the World: World Happiness Report vs Global Emotions Survey

This is one reason why the Gallup Global Emotions survey, which focuses mainly on emotional well-being, and the World Happiness Report, which focuses on life satisfaction, rank the happiness of countries quite differently. 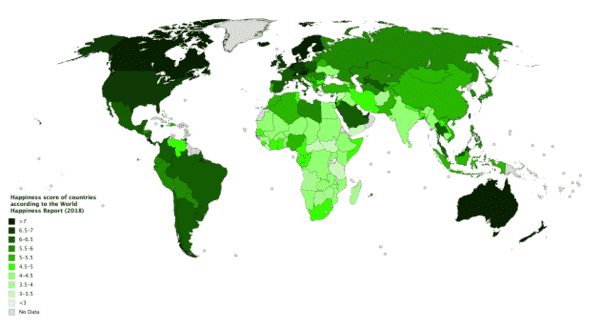 The Global Emotions survey ranks Panama and Uruguay at the top of the list. Conversely, the World Happiness Report elevates Scandinavian countries, topped by Finland which it has ranked “happiest country in the world” three years in a row (2017-2020).

Major media around the globe, which seem to be unaware of the Global Emotions Survey, have followed suit. This is unfortunate as, following the logic above, the World Happiness Report (perhaps a name like “World Life Satisfaction Report” would be more accurate) is more skewed towards external, socioeonomic conditions. It is the Global Emotions survey that more closely reflects psychological wellbeing, AKA “happiness,” as the word is more commonly used.

So much depends on the definition of happiness.

Perhaps we should think about what Panama and Uruguay are doing right, as well as Scandinavia. Happiness may not only be a question of socioeconomic progress. Buddha discovered that on seeing the smile of a toothless ascetic.

Finally, the Skills-based Happiness Quiz (SHQ) offers a new twist. It doesn’t exactly measure how happy you are presently, but instead explores what you are actually doing that strongly relates to various correlates of Psychological Wellbeing, or what we unscientifically call the 7 Habits of Happy People. For the sake of full disclosure, it was designed by the team working on this website. It is more of an educational instrument than a psychometric one, offering respondents insight into how they can improve their life skills.