On the evening of the 4th CCTV (the Chinese Central Television) Dance Contest (April 20, 2007), competitors Ma Li and Zhai Xiaowei inspired everyone and won the silver medal for their dance called “Hand in Hand”

As you start to watch this video, you’ll soon notice that each of the two dancers has a limb missing, the girl without a right arm and the boy without a left leg. Their dancing and the story behind all this illustrate vividly some key ideas of Viktor Frankl’s logotherapy, such as, suffering and human triumph:

“Everything can be taken from a man or a woman but one thing: the last of human freedoms to choose one’s attitude in any given set of circumstances, to choose one’s own way.” (Man’s Search for Meaning. Viktor Frankl. Beacon Press, 2006, p.66)

“Ultimately, man should not ask what the meaning of his life is, but rather must recognize that it is he who is asked. In a word, each man is questioned by life; and he can only answer to life by answering for his own life; to life he can only respond by being responsible.” (Ibid., p.109)

When the village boy Xiaowei was four years old, he fell off a tractor while playing and his left leg was crushed. In hospital, when his father asked Xiaowei, my son, do you know what amputation means? It means your whole leg will be cut off and from now on your life will be very difficult. You will face a lot of hardship. The young boy didn’t quite understand what “hardship” was, so he asked, “Dad, does hardship taste good?” His father held the tears in his eyes and replied with a smile, “Yes, hardship is quite tasty, but you can’t eat it all at once. You must eat it one bite a time.” His father then ran out the room with tears in his eyes.

Ma Li, on the other hand, grew up as a healthy and talented pretty girl and loved all sorts of artistic activities such as painting, calligraphy, singing, and most of all, dancing. At age 17, she was accepted as a dancing student at a prestigious art college and she was thriving. Two years later, at age 19, a car accident took her right arm away. It was such a blow to her that she wanted to die. But with the love and support of her mother, she decided to overcome. She took on whatever work was available to support herself. First, she sold garments and fruit; later, she learned to do calligraphy left-handed and opened a bookstore. She started to be happy again, soon became a local celebrity and was invited by the provincial government to perform as a dancer again. After some hesitation, she tried and it was a big success at a national handicapped artists’ show.

For what then matters is to bear witness to the uniquely human potential at its best, which is to transform a personal tragedy into a triumph, to turn one’s predicament into a human achievement. (Ibid., p.112)

“Dostoevski said once, “There is only one thing that I dread: not to be worthy of my sufferings.” (Ibid., p.66)

Xiaowei was always happy as a child, as he didn’t have any concept about disability. He did everything normal kids did and helped with heavy farm work with great pride.  Later he did have some difficulty finding a job but whenever things got hard, he remembered what his father’s advice that he should enjoy eating hardship one bite a time.

At around the time when Ma Li returned to dancing, Xiaowei became a competitive cyclist. They both went to the 6th national convention for handicaped artists. When Ma Li saw him, she noticed that his strong athletic figure and missing leg and invited him to watch her performance. Xiaowei was mesmerized by Ma Li’s dance. He decided to gave up his beloved cycling and accept the huge new challenge to follow Ma Li to learn to dance with her.

As Xiaowei had no prior dancing experience, the learning curve was enormous. They trained 12 hour each day in a small apartment in winter and in the public park when weather permitted.  At some point, Xiaowei was too exhausted and started to doubt whether he was dancer material.

To test his patience and perseverance, he took the subway 50 km away from his home in the evening, and decided to walk all the way home. He told Ma Li that he if he didn’t return by 8 am next morning, he’d never return.

He walked and walked.  Sometime he got so tired that he would doze off as soon as he sat down. He had no water and no money but only kept going by saying to himself: 8 O’clock! 8 O’clock! When his leg gave up due to fatigue, he walked on by using his hands. By 6:30 am he made his way home.

“Life can be pulled by goals just as surely as it can be pushed by drives.”

“What is to give light must endure burning.”

Their training resumed and less than two years later, they performed their “Hand in Hand” dance and received the silver metal as shown in the above video. After the show, they held each other tight and cried like babies.

“But there was no need to be ashamed of tears, for tears bore witness that a man had the greatest of courage, the courage to suffer.” (Ibid., p.78)

This was what they said during a later interview: “We felt we had sacrificed a great deal, but we were completely moved by our own dance, during which we didn’t feel we were using our limbs but it was the pounding of the music with two hearts, and trembling of the two souls on the stage. It was the power of love… The entire process was self-transcendence; it was transcending oneself again and again for the dream that we held deep inside.”

… “the self-transcendence of human existence.” … denotes the fact that being human always points, and is directed, to something or someone, other than oneself–be it a meaning to fulfill or another human being to encounter. The more one forgets himself–by giving himself to a cause to serve or another person to love–the more human he is and the more he actualizes himself. …  In other words, self-actualization is possible only as a side-effect of self-transcendence.”(Ibid, pp.110-111)

This is a story of two young people’s heroic fighting for personal dignity and perfection, rather than happiness, but as Frankl said:

A native of Shanghai, Yixi Zhang worked as an oncology nurse in Shanghai during the day and studied traditional Chinese philosophy at night. After immigrating to Canada, she first majored in philosophy, received Honours Bachelor’s and Master’s degrees in Philosophy from the University of British Columbia, and later earned a Juris Doctor degree from the Fac­ulty of Law at the University of Victoria. After a brief period of the workaholic life style and seeing too many talented and hardwork­ing people risking their health and well-being in a single-mind­ed pursuit of career success, Yixi came to realize that, while all along she was trying to pursue happiness and well-being, school had only supplied her with knowledge and skills needed for the job market and conventional career success. These days, when she is not doing her policy and legislation work as a civil servant, Yixi is busy growing her own food in her backyard, making her own clothes and artisan soap, helping a local charity group and working on violin concertos. 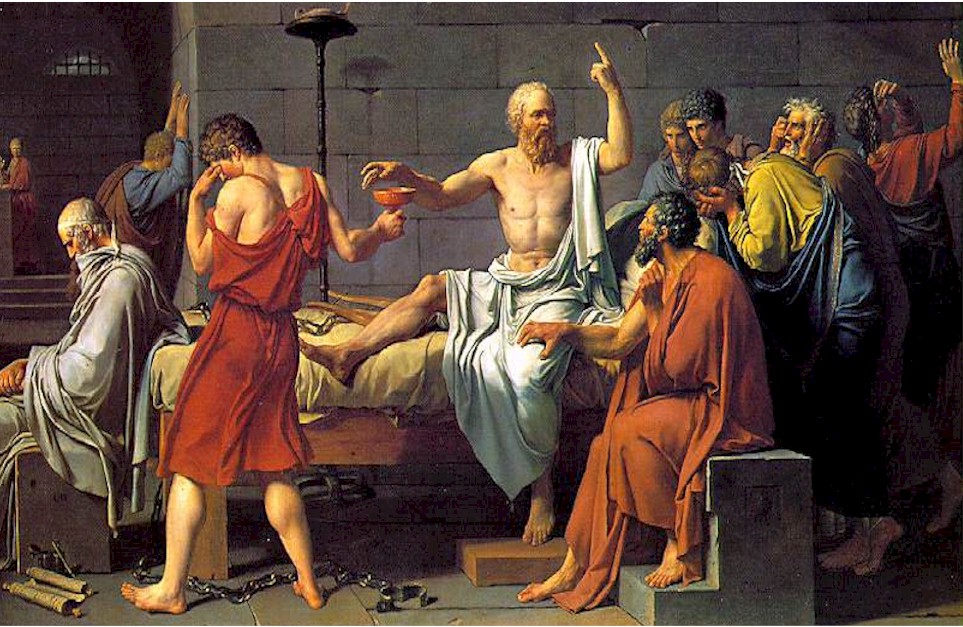 This lesson asks participants to approach the subject of happiness using the Socratic Method. 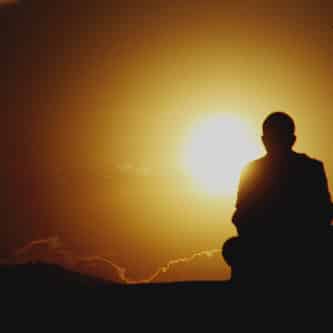 Students will explore different methods for increasing happiness by examining self-awareness and kinesthetics, relationships and purpose. 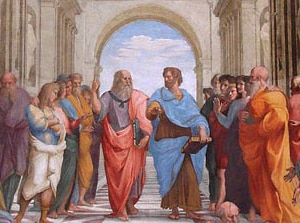 Lesson based on Bruce Clark’s class at Darien.