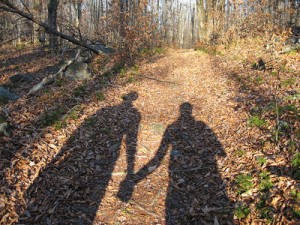 In 2002, two pioneers of Positive Psychology, Ed Diener and Martin Seligman, conducted a study at the University of Illinois on the 10% of students with the highest scores recorded on a survey of personal happiness. They found that the most salient characteristics shared by students who were very happy and showed the fewest signs of depression were “their strong ties to friends and family and commitment to spending time with them.” (“The New Science of Happiness,” Claudia Wallis, Time Magazine, Jan. 09, 2005).

In one study people were asked on random occasions about their mood. They were found to be happiest with their friends, followed by family members, and least happy if they were alone (Larson, Mannell, & Zuzanek, 1986). Another study constructed a scale of cooperativeness, i.e. how willing people were to constructively engage in activities with others. This study showed that the cooperativeness of an individual was a predictor of their happiness, though it did not conclusively show if their cooperation resulted in happiness or the other way around (Lu & Argyle, 1991). A study on the quality of relationships found that to avoid loneliness, people needed only one close relationship coupled with a network of other relationships. To form a close relationship required a growing amount of “self-disclosure,” or a willingness to reveal ones personal issues and feelings, and without it people with friends would still be lonely (Jackson, Soderlind & Weiss, 2000, Horesh, Apter, 2006). A similar study found that some students who had many friends with whom they often spent time were still plagued by loneliness, and this seemed to be related to their tendency to talk about impersonal topics, such as sports and pop music, instead of their personal life (Wheeler). Having a good close social network at work and maintaining low marital distress also play a beneficial role in one’s happiness and life satisfaction (Ruesch et al. 2004; Smith et al 2012).

Happiness isn’t only gained from social support but may serve more beneficial by providing it (Brown et al. 2003). This study examined how providing social support influences well-being and morality. It was discovered that the more support provided the greater the decrease in morality. We also lose a sense of meaning in our lives if we experience social exclusion and isolation (Stillman et al 2009). This particular study ran four distinct trials where the participant would be rejected or excluded by others. The researchers discovered that loneliness created lower levels of meaning and a greater increase in depression.

Learn More about Relationships and Happiness:

-Parallels Between the Science of Happiness and the Philosophy of Friendship

How were key studies selected?